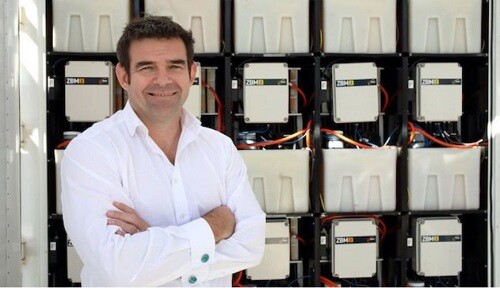 The ASX Redflow said on Tuesday that it had secured “preferred supplier” status with Soul Energy, thanks to its “compelling long-lived alternative” to lead-acid batteries, which need replacement every few years.

The agreement is expected to give Redflow access to numerous infrastructure projects throughout Australasia, with a first project already underway that is was expected to require as many as 200 batteries.

“We are winning more of these initial deployments which are the key to accessing a huge market with growing and recurring demand,” said Redflow managing director, Tim Harris.

Indeed, the deal is the third such supply agreement Redflow has made over the past week, including a deal to supply batteries for leading South African mobile network provider, Mobax, as part of that company’s efforts to cut its use of costly and unreliable diesel generation.

And as reported here, Redflow also revealed over the weekend that it had cracked the China battery market, with a deal to supply 100kWh of its ZBM2 zinc bromine flow batteries for a solar and electric vehicle smart grid project.